THE POWER OF MAIL FOR CHARITY FUNDRAISING

Mail is a powerful media channel

Mail has long been at the heart of charity fundraising and supporter relationships. In today’s increasingly digital world, mail is a powerful media channel used by organisations large and small to reach audiences and to help supporters feel truly valued.

What do we mean by mail? In this guide, ‘mail’ is used to reference any communication that reaches the public through their letter box, whether that takes the form of addressed letters, unaddressed door drops, postcards, newsletters, reports, event packs, retail catalogues or more.

An integral part of the fundraising mix, charities often use mail to thank supporters for their commitment and donations; to provide updates; to equip event participants, campaigners and volunteers with what they need to take action and, of course, to appeal for funds. More recent developments have seen an influx of charity mail subscription services on the market, and the integration of new technology, bringing mail into the digital world.

"Mail remains a critical medium for charities in today’s fast paced omni-channel world. It allows charities to put a targeted personal message directly into the hands of their chosen audience. It offers charities an unmatched ability to tell their story and guide donors to engage further, whether that means going online for more information, making a donation via post, phone or online or strengthening donor relationships."
Stephen Agar, MD Letters, Royal Mail

The largest and most recent industry survey of charities’ use of mail, which captured the views of 200 fundraisers1, shows that it remains a primary channel for fundraising. The Chartered Institute of Fundraising survey found that more than four out of five fundraisers say that mail is a key part of their fundraising programme, and that they currently use it for fundraising or supporter engagement.

Mail stands apart from other channels, not only as a tangible and physical product, but one that arrives in the home, and remains as a visible reminder of the charity’s brand or message, often for days or weeks. And, with UK fundraisers reporting that donor acquisition is their biggest focus for the future2, mail is an important and widely accessible way of reaching and engaging new supporters.

THE POWER OF MAIL 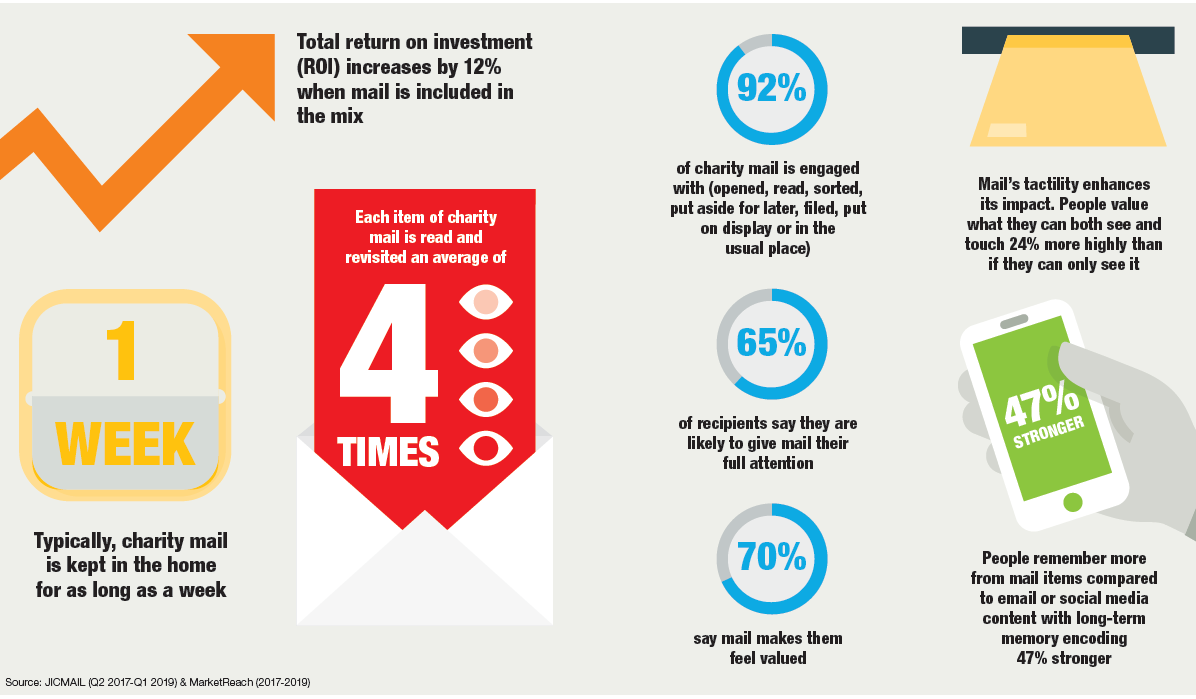 THE CHANGING WORLD OF MAIL

The latest developments in technology, mail services and data protection regulations have undeniably impacted the way in which charities use mail, enabling better targeting, more creativity and integrated multi-channel strategies for engaging supporters and the wider public.

Charities, like other organisations, have had to comply with recent changes to data protection laws. This has frequently led to contact databases getting smaller as organisations have deleted data they are no longer able to hold.As a result, charities have a clearer understanding of who is happy to receive different types of communication from them. Typically, that means a more responsive and engaged audience, offering greater potential for better and more successful fundraising.

Charities can track user patterns and response metrics, matching mail recipients to their next actions, whether that’s watching a personalised campaign video or going online to make a donation. For the first time, through Royal Mail’s Mailmark service, charities have the ability to track where their mail is in the system and prepare for its delivery. And through JICMAIL, a representative consumer panel, they can monitor how people react and respond to what lands on their doormat.

Technology is also adding value in other areas: improving responsiveness by enabling charities to send out mail campaigns within 24-48 hours of an event. Meanwhile, recycled paper, packaging materials, and biodegradable inks have become increasingly accessible, enabling mail to become an even more sustainable, environmentally-friendly option.

The latest research from the Chartered Institute of Fundraising tells us that the large majority of charities use mail for fundraising and/or supporter engagement.

When comparing their use of mail with other channels, fundraisers put it in first place for bringing in donations, for communicating with and building connections with donors, and in the top three for raising awareness, finding new donors, and helping charities stand out from the competition.

Fundraisers recognise the benefits of providing a tangible/physical letter, leaflet or other mail item that stays around the home, keeping the charity front of mind, and making room for storytelling. And, in an increasingly digital world, fundraisers say it feels much more personal than many other channels, helping supporters feel truly valued.

To be continued - Source Credit: Royal Mail PDF - THE POWER OF MAIL FOR CHARITY FUNDRAISING - A GUIDE FOR FUNDRAISERS. 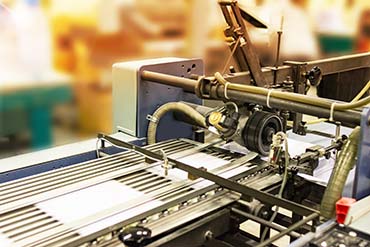 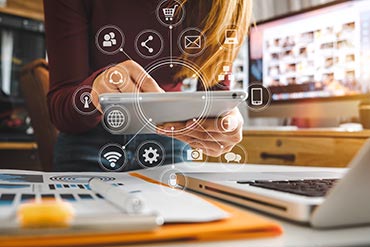 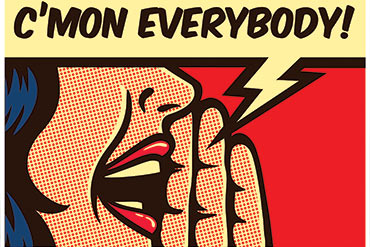 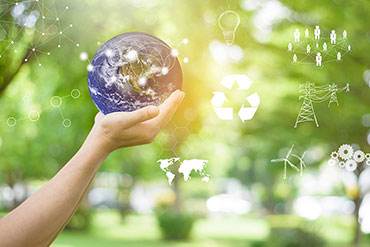 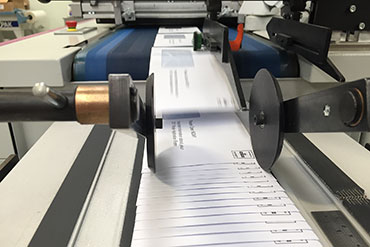 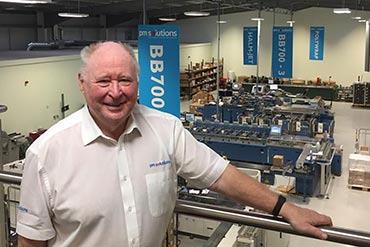 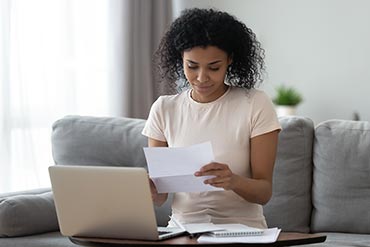 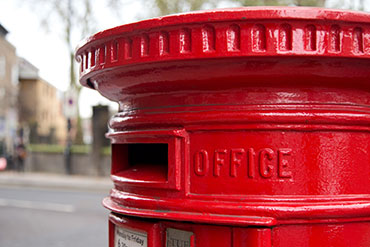 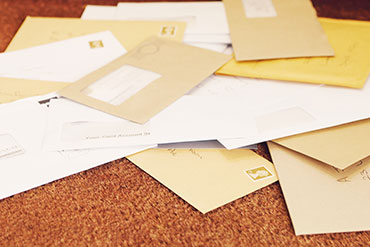 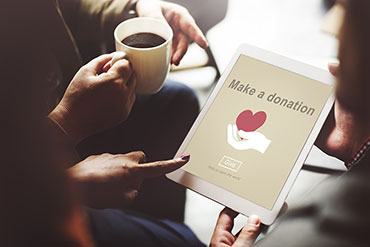 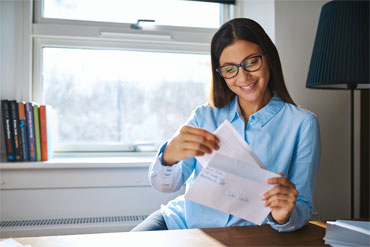